The mock Tudor facade at Portsmouth FC’s Fratton Park is one of the most iconic features of any football ground in Britain. 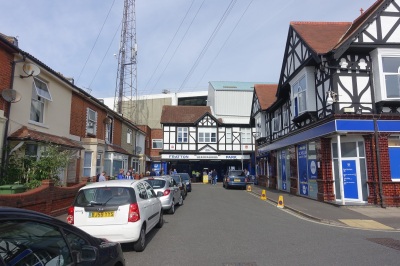 The facade is all that remains of a pavilion constructed in 1905 at the Frogmore Road entrance to the stadium, adjoining the south stand. At that time, Pompey were competing in the Southern League and most of Fratton Park was open to the elements.The club has explored many options to relocate from this small, hopelessly-outdated but much-loved stadium, but none have been realised.

Following Pompey’s calamitous decline from FA Cup winners in 2008 to League 2 strugglers just five years later, relocation is unlikely to be a priority in the near future.