The “Mayflower” in Rotherhithe, east London is a classic British pub sited on the banks of the Thames. Its name commemorates the departure of the Mayflower from Rotherhithe in July 1620 (400 years ago this month, as it happens). The pub has this splendid sign, which I recognised instantly…. 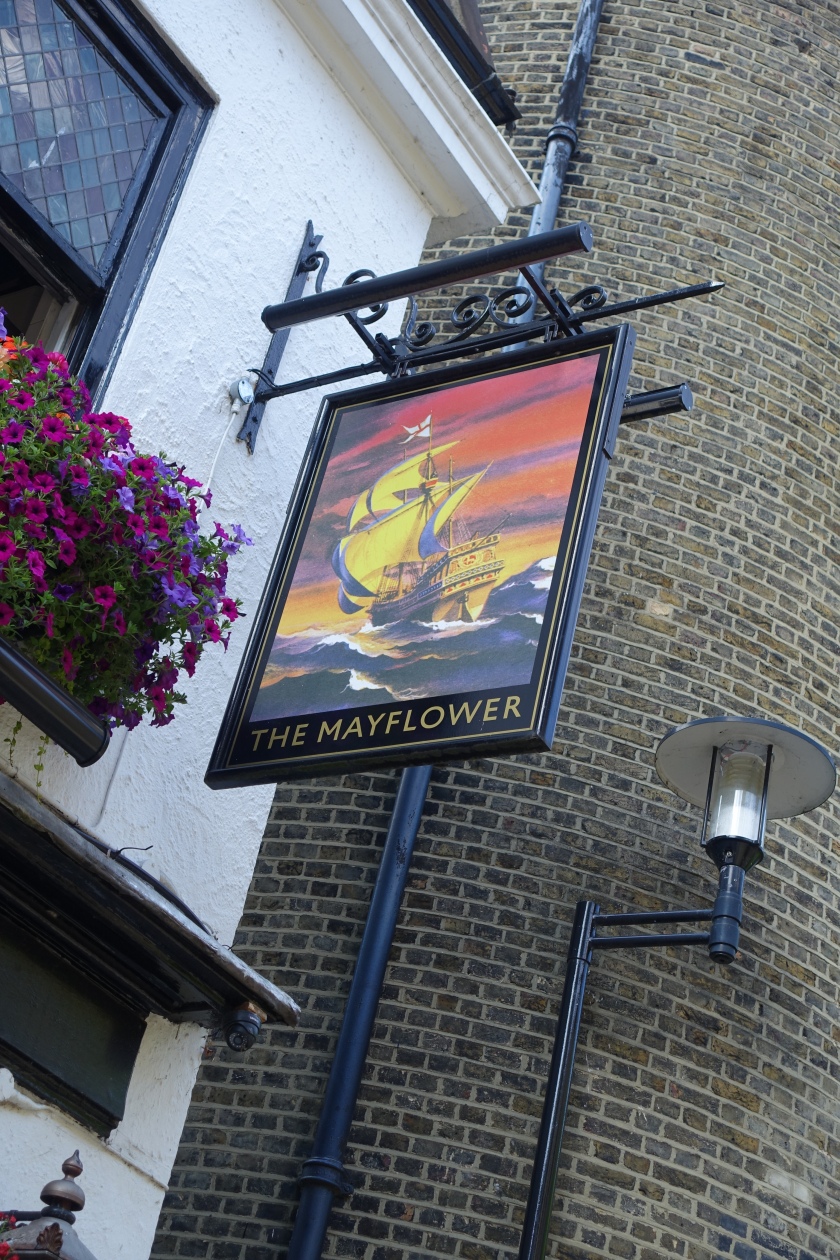 …the picture is identical to one in my “The Story of Ships: A Ladybird ‘Achievements’ Book’, which was published in 1961 and as a child, sparked my lifelong interest in ships.

But there’s a slight problem. The ship depicted on the pub sign is NOT the Mayflower….

…It’s Sir Francis Drake’s Golden Hind. The Story of Ships was written by Richard Bowood and illustrated by Robert Ayrton. “Richard Bowood” was a pseudonym used by author, historian and journalist David Scott Daniell (1906-1965) and Robert Ayton (1915–1985) was a British comics artist and illustrator who worked for the Eagle and Ladybird Books. As far as is known, he did not make pub signs. Presumably somebody copied the book illustration and hoped that nobody would realise that it was the wrong ship. In fact, the golden hind on the vessel’s stern is a slight hint. As for the book itself, from a modern perspective is is quite amusing to note Daniell’s outrage that the Spanish should regard English privateers like Drake as pirates. How dare they!

The current owners of the Mayflower pub have been in residence for ten years, and apparently the sign was already there when they took over.