Every evening at dusk during the winter months, thousands of starlings (Sturnus vulgaris) swarm over Aberwrystwyth’s Royal Pier, before swooping down to roost for the night in the mass of girders underneath. 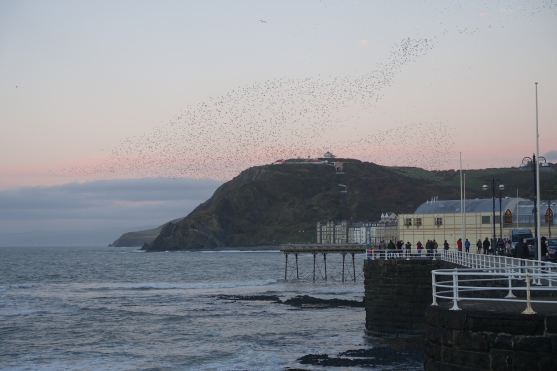 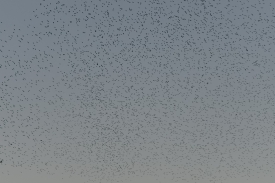 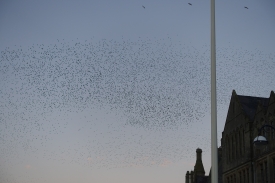 The phenomenon is known as ‘murmuration’, and it is one of the most spectacular wildlife displays in Britain. Local flocks are joined by migrants from northern Europe, who fly south to the relatively mild conditions of Britain. The swarming behaviour is thought to offer safety in numbers from predators such as peregrine falcons, who become confused by the swirling masses.

Aberwrystwyth, where the setting sun forms a fine backdrop to the phenomenon, is one of the most popular sites for observing murmurations, but it may also be viewed on other parts of the UK: Sussex, Brighton, Eastbourne, and other coastal towns in the south such as Bognor, Chichester, and Hastings; displays are also regularly seen over the Somerset Levels, Gretna Green, Blackpool Pier and the Fens of Cambridgeshire.