The Cathedral Church of the Holy Spirit, Guildford is an Anglican cathedral at Guildford, Surrey. The Grade II listed building was designed by Sir Edward Maufe. Construction began in 1936, but due to the war and a postwar lack of funds, was not completed until 1961. In the 1950s, funds were raised to complete the church by the then novel approach of asking the public to sponsor bricks for 2/6 (12.5 pence) each. Sponsors were entitled to sign their names on their bricks. Sponsors included HM The Queen and HRH The Duke of Edinburgh, both of whom duly handed over five bob for the privilege.

In August 2016, the Cathedral was undergoing an extensive program of restoration. 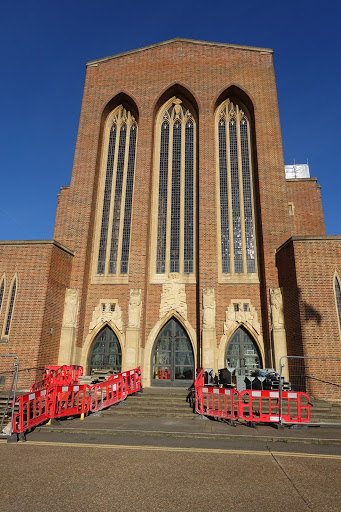 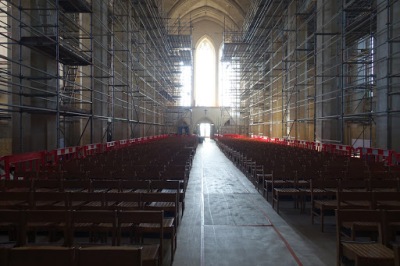 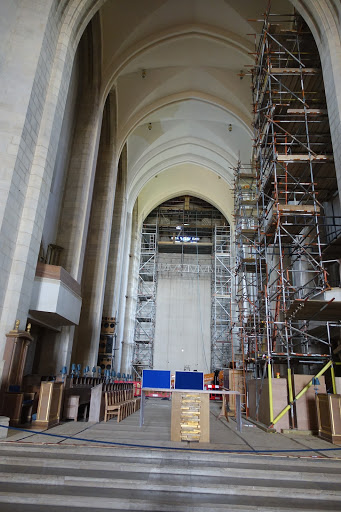 Study of faunal remains suggest garments with fur trim were made only by modern humans.

Neanderthal use of clothing has long been debated. Even during warm interglacial periods, Neanderthals must have faced a problem with heat-loss in winter. It has been argued that wearing cape-type clothing across the shoulder would not have been sufficient to ward off the cold of even a moderately severe winter or body cooling caused by wind-chill. Clothing and footwear would therefore have had to be sewn together tightly in order to keep out snow and water. (Sørensen, 2009) Despite this, definite evidence for tailored clothing is lacking in Europe prior to the arrival of modern humans, and it has only been found at modern human sites. (Klein, 1999; Hoffecker, 2005)

In an attempt to resolve the issue, a team of researchers led by anthropologist Mark Collard adopted a novel approach. They considered faunal remains found at both Neanderthal and modern human sites and noted species whose skins might have been used to make clothing. They found that although species suitable for making cold-weather garments were found at both Neanderthal and modern human sites, remains of wolves, foxes, rabbits and mink occurred more frequently at modern human sites. These species are used to make garments with fur trim, and it was accordingly argued that Neanderthals did not make such garments and did, after all, rely on cape-type clothing. (Collard, et al., 2016)